As standard practice, the council has today issued an Initial Demolition Notice. This impacts secure tenants' Right to Buy eligibility.

This doesn’t mean that demolition is about to start.

You can read the full Initial Demolition Notice below:

Westminster City Council is required by Schedule 5A of the Housing Act 1985 to publish the following information:

Westminster City Council intends to demolish the following properties, including flats, maisonettes and where applicable garages, sheds and commercial premises ("the Relevant Premises") which includes the dwelling house which you occupy: -

Westminster City Council intends to demolish the Relevant Premises in order to redevelop and regenerate the Church Street area.

Westminster City Council intends to demolish the relevant premises by 11 March 2028, being no more than seven years after the date of service of this Notice and being a reasonable period within which to carry out the proposed demolition.

This Notice will cease to be in force on 11 March 2028, unless previously revoked under the provisions of paragraph 3 of Schedule 5A of the Housing Act 1985.

Effect of the Initial Demolition Notice

Whilst this Notice is in force Westminster City Council will not be under an obligation to make such a grant as is mentioned in section 138(1) of the Housing Act 1985 in respect of any claim made by you to exercise the Right to Buy in respect of any of the Relevant Premises.

This Notice does not prevent:

There may be a right to compensation under section 138C of the Housing Act 1985 in respect of certain expenditure incurred in relation to any existing Right to Buy claim.  In such circumstances, if within the period of three months beginning with the date when the Initial Notice comes into force ("the Operative Date"), you serve on Westminster City Council a written notice claiming an amount of compensation, Westminster City Council shall pay that amount to you.

Compensation is in respect of expenditure reasonably incurred by you before the Operative Date in respect of legal and other fees and other professional costs and expenses payable in connection with the exercise by you of the Right to Buy.

Your claim must be accompanied by receipts or other documents showing that you have incurred the expenditure in question.

Further information about this Notice is obtainable from:

Have your say Consultation to review bus routes

Citizens Advice Bureau is back! 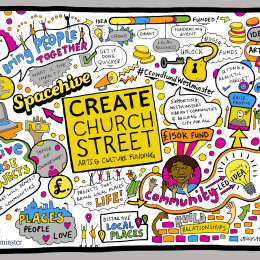 Have your say on Church Street Projects 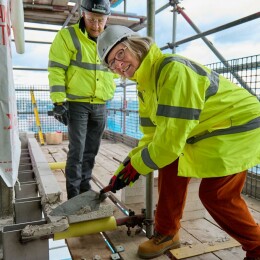